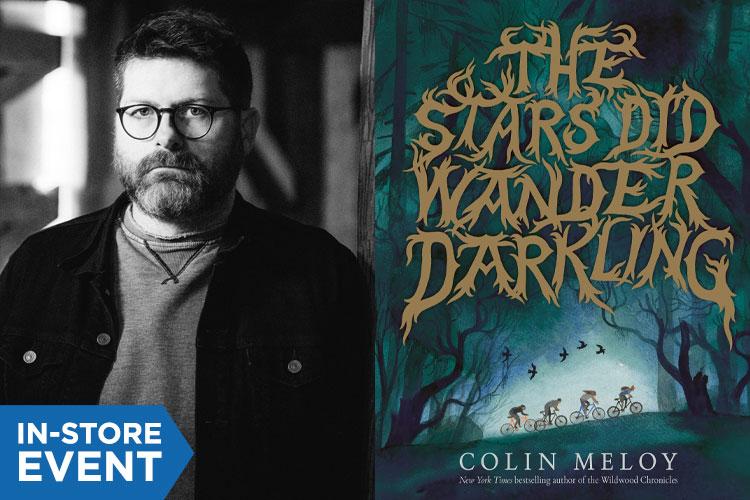 This event is ticketed - Ticket includes one signed copy of the book and admission for two.

"A fun, creepy, attention-grabbing story... with a classic feel."—Kirkus Reviews

Maybe Archie Coomes has been watching too many horror movies.

All of a sudden, the most ordinary things have taken on a sinister edge: a penny on a doormat. A man in a brown suit under a streetlamp. The persistent sound of an ax chopping in the middle of the night.

He keeps telling himself that this is Seaham, a sleepy seaside town where nothing ever happens. Or at least nothing did, until his dad’s construction company opened up the cliff beneath the old—some say cursed—Langdon place.

Soon, though, he and his friends can’t deny it: more and more of the adults in town are acting strangely. An ancient, long-buried evil has been unleashed upon the community, and it’s up to the kids to stop it before it’s too late. . . .

Author: Colin Meloy is the author of The Whiz Mob and the Grenadine Kid and the New York Times bestselling Wildwood Chronicles, as well as two picture books, The Golden Thread: A Song for Pete Seeger and Everyone’s Awake! He is also the singer and songwriter for the indie rock band the Decemberists. Colin lives in Oregon with his wife and frequent collaborator, illustrator Carson Ellis, and their sons.

Mac Barnett is a New York Times bestselling author whose books have been translated into more than thirty languages. His picture books include two Caldecott Honor–winning collaborations with Jon Klassen: Sam & Dave Dig a Hole and Extra Yarn. Among his other popular books are I Love You Like a Pig, illustrated by Greg Pizzoli, and The Magic Word, illustrated by Elise Parsley. He lives in Oakland, California. You can visit him online at www.macbarnett.com.

The Stars Did Wander Darkling (Hardcover)