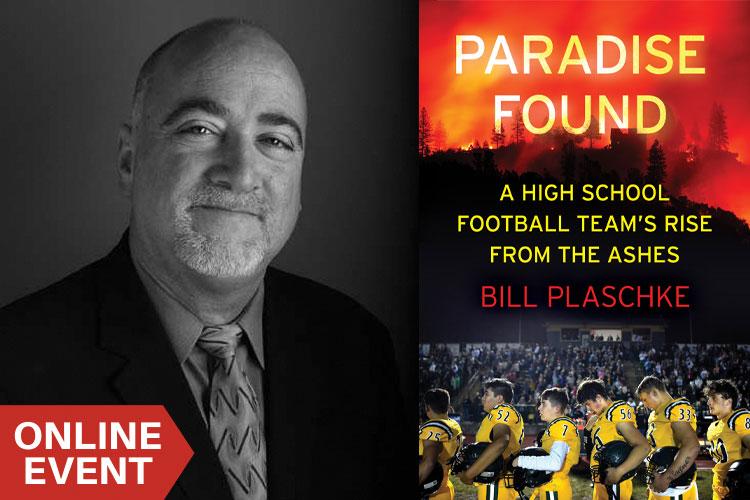 Fire on the Mountain meets Friday Night Lights in this tragic and hopeful story of the destruction of Paradise, California, by raging wildfires and its resurrection through the heart and grit of their local high school football team, by L.A. Timescolumnist and ESPN Around the Horn panelist Bill Plaschke.

On November 8, 2018, a hellish fire ravaged the town of Paradise, CA, killing 86 people as its residents fled and reducing its population from 25,000 to 2,000 in a single day, ranking it as the deadliest and most devastating fire in California history.

The Paradise High football team has long been a source of pride and inspiration in this small town often derided for being the home of hillbillies. But in the wake of the fire, the team was left devastated—physically and emotionally—and seemingly beyond repair. Their season was abruptly cancelled on the eve of the playoffs. Their championship hopes were gone. Their program’s mere survival was in doubt.

Coach Rick Prinz had planned to retire that year after guiding the Paradise High Bobcats for two decades. But after the fire forever altered his beloved town, he realized he couldn’t walk away. What ensued was the challenge of a lifetime. When spring arrived and training season began, the team, once made up of a 76-man varsity roster, had been reduced to 36 players. Most were homeless, sleep-deprived, lost. On the first day of practice on a debris-ridden patch of grass at the school’s temporary Chico Airport home, the team didn’t even have a football. It was the humble beginning to a memorable journey.

L.A. Times columnist Bill Plaschke followed Coach Prinz and the rest of the team in a rise from the ashes highlighted by an unbeaten 2019 regular season and unbelievable playoff run. In the process, he has documented something remarkable: as football has returned to Paradise, so has the spirit of the town itself.

Paradise Found is a comeback story like no other. It’s about courage, resurrection forged from rubble, and the spirit of hope in a small town in America.

AUTHOR: Bill Plaschke has been an L.A. Times columnist since 1996. He has been named national sports columnist of the year eight times by the Associated Press, and twice by the Society of Professional Journalists and National Headliner Awards. He is the author of five books, including a collection of his columns entitled, “Plaschke: Good Sports, Spoil Sports, Foul Ball and Oddballs.” Plaschke is also a panelist on the popular ESPN daily talk show, “Around the Horn.” For his community service, he has been named Man of the Year by the Los Angeles Big Brothers/Big Sisters, and has received a Pursuit of Justice Award from the California Women’s Law Center. Plaschke has appeared in a movie (“Ali”), a dramatic HBO series (“Luck”) and, in a crowning cultural moment he still does not quite understand, his name can be found in a rap song “Females Welcome” by Asher Roth. In case you were wondering – and he was – “Plaschke” is rhymed with “Great Gatsby.”

Rick Prinz has been the head football coach at Paradise High School for 22 seasons.  Under his leadership the Bobcats have made 20 playoff and 13 Section Championship appearances. They have won 10 league titles and six Section Championships. Prinz’s overall record is 181 Wins and 57 Losses.  In 2000 Prinz was named NSCIF Coach of the year.  In 2012 he was awarded the ESPN Northern CA Coach of the year, in 2019 he was named NSCIF Coach of the year, and recently Prinz was awarded the prestigious California Coaches Association 2020 High School Football Coach of the Year. Perhaps Prinz’s greatest accomplishment was the rebirth of the Paradise High Football Team in the wake of the Camp Fire (the deadliest and most destructive wildfire in California's history). Prinz was able to maintain his team and coaching staff and fight together to overcome tragedy, forge a family, dominate a season, heal a broken community, and inspire a nation.