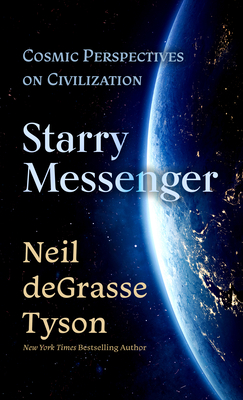 Neil deGrasse Tyson is an astrophysicist and the author of the #1 bestselling Astrophysics for People in a Hurry, among other books. He is the director of the Hayden Planetarium at the American Museum of Natural History, where he has served since 1996. Dr. Tyson is also the host and cofounder of the Emmy-nominated popular podcast StarTalk and its spinoff StarTalk Sports Edition, which combine science, humor, and pop culture. He is a recipient of 21 honorary doctorates, the Public Welfare Medal from the National Academy of Sciences, and the Distinguished Public Service Medal from NASA. Asteroid 13123 Tyson is named in his honor. He lives in New York City.

This feature require that you enable JavaScript in your browser.
END_OF_DOCUMENT_TOKEN_TO_BE_REPLACED

This feature require that you enable JavaScript in your browser.
END_OF_DOCUMENT_TOKEN_TO_BE_REPLACED