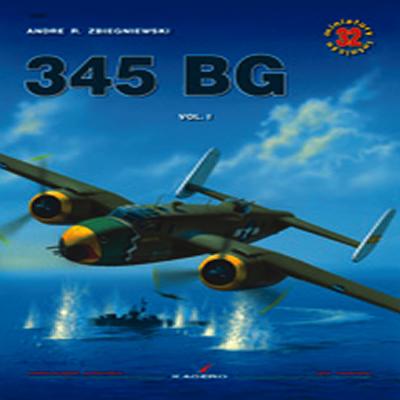 By Andre Zbigniewski
$24.95
Email or call for price.

A further title in this well-established series looks at the history of this USAAF B-25 Mitchell 345 Bomb Group unit, which operated mainly in the Pacific Theater. The unit was formed in late 1942 and finally entered the Pacific in mid-1943. There, due to the ingenuity of an ex-Philippines Airlines pilot, 'Pappy' Gunn and Jack Fox, a North American aviation technician, standard B-25s were turned into gun-toting strafers by adding additional machine guns to the nose and in special gun packs added to the sides of the forward fuselage.

This feature require that you enable JavaScript in your browser.
END_OF_DOCUMENT_TOKEN_TO_BE_REPLACED

This feature require that you enable JavaScript in your browser.
END_OF_DOCUMENT_TOKEN_TO_BE_REPLACED