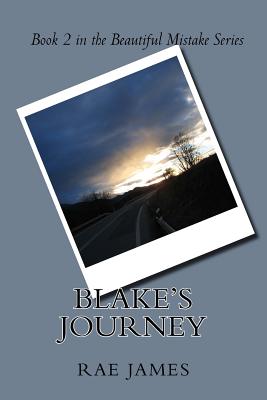 Blake Parker is no stranger to heartache, drama, and secrets. At the tender age of six, the man she knew as her father passed away from cancer. When she turned twelve, she learned that Chad Weston was not her biological father; but the man she knew as Uncle Jake, aka Jacob Banks is. For years, she was torn between loyalty to a beloved memory, and the actual truth. And at sixteen, she got her heart broken for the very first time. Tyler Wilder was the love of her life, or so she thought. But when she walked in on him with her best friend in a compromising position, she vowed that she would never speak to either one of them ever again. Now, at the age of twenty four, she is one of the youngest female CEO's, presiding at the helm of Parker Incorporated. She had a job she enjoyed, a family she loved, and a life that was perfect; almost. That is until the day she crossed paths with the one man she vowed to never speak to again. Tyler Wilder is a twenty six year old entrepreneur. In order to get the additional capital he needs to keep his company running, he has to get the CEO of Parker Incorporated to invest in his firm. Tyler is all to familiar with the Parker family; just the name Parker has left a bitter taste in his mouth for the last eight years when Blake Parker shattered his heart. He hated Blake with an intensity that scared even him at times; but he had to put that aside if he wanted to get his business back on track. Can these two young lovers get passed the hurt and pain of the past to see that they belong with each other? Or will old hurts cause the two to miss what was right in front of them the whole time? Only time will tell as we follow Blake on her Journey in this second installment in the Beautiful Mistake series and see where it leads.

This feature require that you enable JavaScript in your browser.
END_OF_DOCUMENT_TOKEN_TO_BE_REPLACED

This feature require that you enable JavaScript in your browser.
END_OF_DOCUMENT_TOKEN_TO_BE_REPLACED