Your Heart Is My Chateau (Paperback) 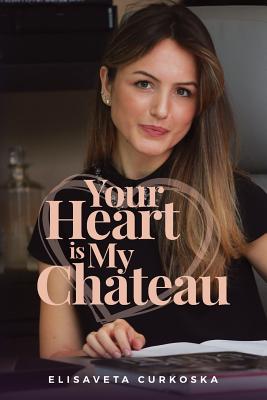 As Elisaveta Curkoska writes in her new memoir, "Macedonians were masters of surviving." While life in an impoverished country could be extremely difficult, Elisaveta did her best to thrive in bad circumstances. In this new memoir, she delves into Macedonian history and the way her culture influenced how she looked at all life decisions.

Elisaveta was a studious, responsible young woman but yearned for excitement in her life. She received it in the form of Mirce, who was back in Macedonia recovering from a serious injury he received as a truck driver in the United States.

When the two first met, sparks flew. Mirce was shaken by his near-death experience and wanted to make the most of his second chance. Elisaveta finally had the excitement she'd been craving. Together, the two made a new life in America. Mirce started his career as a humble chauffeur, but a friendship with a millionaire showed him the amazing heights he could attain in a new career.

As Mirce pursued his dream, it was the love he shared with Elisaveta that gave him the confidence to reach for the impossible.

Elisaveta Curkoska was born and raised in Macedonia. She studied English language and literature at Cyril and Methodius University in Skopje, Macedonia. Curkoska later immigrated to the United States and received a business administration degree from Miami Dade College. She has spent five years working at Helm Bank USA. Curkoska is a proud wife and mother to two sons. She has spent all her life writing, but it was her husband who inspired her to chronicle their romance and the ups and downs of their life together.

This feature require that you enable JavaScript in your browser.
END_OF_DOCUMENT_TOKEN_TO_BE_REPLACED

This feature require that you enable JavaScript in your browser.
END_OF_DOCUMENT_TOKEN_TO_BE_REPLACED