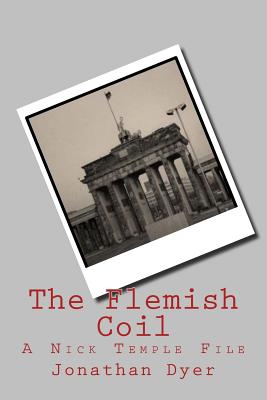 Two Cold War spies are assassinated during a midnight exchange on the Glienicke Bridge in Berlin. A Holocaust survivor is murdered in Miami, Florida. The United States escalates the war in Vietnam. Three seemingly unrelated events are slowly revealed as pieces to a puzzle that involves betrayal, murder, and treason in The Flemish Coil. Nick Temple, charter member of the CIA, is relaxing at the Ilikai Hotel in Honolulu high above Waikiki beach when he learns that an asset he used to run when he was the station chief in Berlin has been assassinated during a botched spy exchange at the height of the Cold War. Temple is en route from South Vietnam, preparing to deliver a scathing report to the Pentagon about America's prospects for success in another proxy war in Asia. Upon his return to Langley, Temple is charged with finding out what the hell went wrong in Berlin. The hunt is on, a hunt that ends up being a race to stop a Cold War confrontation that could easily explode into World War III.

This feature require that you enable JavaScript in your browser.
END_OF_DOCUMENT_TOKEN_TO_BE_REPLACED

This feature require that you enable JavaScript in your browser.
END_OF_DOCUMENT_TOKEN_TO_BE_REPLACED