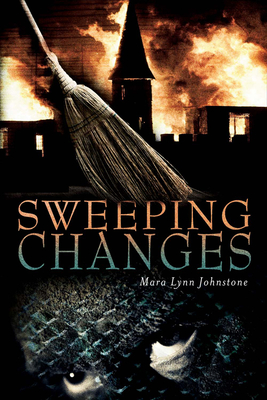 By Mara Johnstone
Email or call for price
Special Order

When the old street sweeper's memory deserts him, this smacks of magic, not a senior moment -- he's left with his broom and a reflection that talks back in a snarky voice.

But when he sets out to learn more, he finds himself up against foreign invaders who take a dim view of his interference. One officer decides he's in the way (and making her look bad), so she sends assassins after him directly.

His fighting skills with the trusty broom won't be enough to save him. But his memories are starting to trickle back, thanks in part to clues from that talking reflection. It turns out he was someone important. Someone with magic of his own.

Someone who might just be able to stop the invasion, if he can keep himself alive and regain the rest of those memories in time.

Mara Lynn Johnstone grew up in a house on a hill, of which the top floor was built first. She split her time between climbing trees, drawing fantastical things, reading books, and writing her own. Always interested in fiction, she went on to get a Master's Degree in creative writing, and to acquire a husband, son, and two cats. She still writes, draws, reads, and enjoys climbing things. She also has been known to make and wear costumes given any excuse, and to thoroughly enjoy life.

This feature require that you enable JavaScript in your browser.
END_OF_DOCUMENT_TOKEN_TO_BE_REPLACED

This feature require that you enable JavaScript in your browser.
END_OF_DOCUMENT_TOKEN_TO_BE_REPLACED