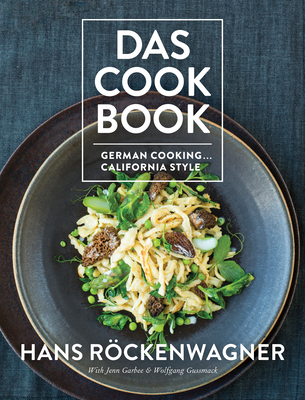 Hans R ckenwagner's background spans thirty years of cooking in Germany, Switzerland, Chicago, and Los Angeles. In the 1980s, he won international fame for his fine-dining restaurant in Santa Monica, R ckenwagner; today, he owns several LA-area bakery/cafes and a large wholesale bakery. Hans is known for his individuality, innovative dishes, and his craftsmanship in designing and building his restaurants (he is also a master woodworker). This is his second cookbook.

Jenn Garbee is a food reporter and editor who has written for the Los Angeles Times, LA Weekly, Cooking Light, Saveur, and more. An expert recipe tester and developer, Jenn has a culinary degree from Le Cordon Bleu and has worked in professional kitchens across Los Angeles. She is also the author of Secret Suppers and the co-author of the 2015 St. Martin's Press book, Tomatomania

Wolfgang Gussmack has been Hans's chef de cuisine since 2012. A native of Graz, Austria, Wolfgang started his culinary career cooking sp tzle for his family's restaurant and gasthaus. This experience earned him a spot in Austria's only two-star Michelin restaurant and subsequently led him to renowned kitchens in Italy and France before he came to Los Angeles.

Photographer Staci Valentine is based in Los Angeles; her other cookbooks include The Perfect Peach.

This feature require that you enable JavaScript in your browser.
END_OF_DOCUMENT_TOKEN_TO_BE_REPLACED

This feature require that you enable JavaScript in your browser.
END_OF_DOCUMENT_TOKEN_TO_BE_REPLACED