Partition: How and Why Ireland was Divided (Paperback) 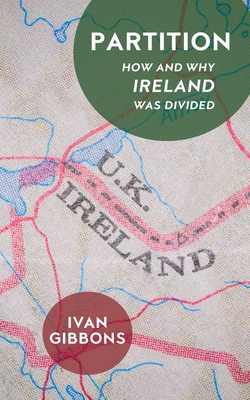 Gibbons uncovers the origins of the Partition of Ireland.

The Partition of Ireland in 1921, which established Northern Ireland and saw it incorporated into the United Kingdom, sparked immediate civil war and a century of unrest. Today, the Partition remains the single most contentious issue in Irish politics, but its origins—how and why the British divided the island—remain obscured by decades of ensuing struggle.

Cutting through the partisan divide, Partition takes readers back to the first days of the twentieth century to uncover the concerns at the heart of the original conflict. Drawing on extensive primary research, Ivan Gibbons reveals how the idea to divide Ireland came about and gained popular support as well as why its implementation proved so controversial and left a century of troubles in its wake.

Ivan Gibbons, former Director of Irish Studies at St Mary’s University, Twickenham and founding editor of Irish Studies, received the Irish Post Community Award for services to the Irish community and is the author of Drawing the Line: The Irish Border in British Politics.

"An excellent exposition of how the border came into existence. Gibbons's is a short, very readable and clear overview."
— Times Literary Supplement

"A must-read to understand why the Irish border continues to cast such a jagged shadow over the island of Ireland, from party politics to implementing Brexit."
— Peter Hain, former Secretary of State for Northern Ireland

"Ivan's lifetime interest and research into the tortured history of the Irish border has produced a vivid account of the historic twists and turns that resulted in partition."
— Nicholas Jones, former BBC political correspondent

This feature require that you enable JavaScript in your browser.
END_OF_DOCUMENT_TOKEN_TO_BE_REPLACED

This feature require that you enable JavaScript in your browser.
END_OF_DOCUMENT_TOKEN_TO_BE_REPLACED