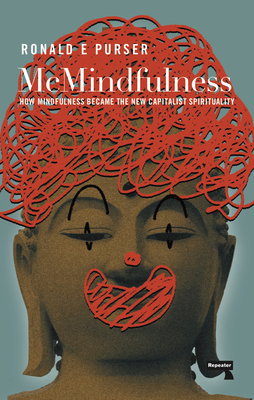 A lively and razor-sharp critique of mindfulness as it has been enthusiastically co-opted by corporations, public schools, and the US military.

Mindfulness is now all the rage. From celebrity endorsements to monks, neuroscientists and meditation coaches rubbing shoulders with CEOs at the World Economic Forum in Davos, it is clear that mindfulness has gone mainstream. Some have even called it a revolution.

But what if, instead of changing the world, mindfulness has become a banal form of capitalist spirituality that mindlessly avoids social and political transformation, reinforcing the neoliberal status quo?

In McMindfulness, Ronald Purser debunks the so-called "mindfulness revolution," exposing how corporations, schools, governments and the military have co-opted it as technique for social control and self-pacification. A lively and razor-sharp critique, Purser busts the myths its salesmen rely on, challenging the narrative that stress is self-imposed and mindfulness is the cure-all.

If we are to harness the truly revolutionary potential of mindfulness, we have to cast off its neoliberal shackles, liberating mindfulness for a collective awakening.

Ronald Purser is a Professor of Management at San Francisco State University. His essays and cultural criticism have appeared in the Huffington Post, Salon, Alternet and Tricycle magazine. His viral article, "Beyond McMindfulness", opened the floodgates for the mindfulness backlash. His recent books include the Handbook of Mindfulness: Culture, Context and Social Engagement and the Handbook of Ethical Foundations of Mindfulness. Dr. Purser began his Buddhist training beginning in 1981 at the Tibetan Nyingma Institute in Berkeley, California and is an ordained Buddhist teacher in the Korean Zen Taego order. He is co-host of Mindful Cranks podcast and is a regular speaker and guests on radio shows and podcasts. He lives with his family and dog in San Francisco, CA.

“In this insightful book, Ron Purser has evaluated the strengths and weakness of the mindfulness movement, while clearly showing the way to cultivate authentic mindfulness that liberates us from the true causes of individual and collective suffering.”
- B. Alan Wallace, President, Santa Barbara Institute for Consciousness Studies

“Far from being either a harmless form of New Age self-indulgence or meditation dressed up as a medicalized antidote to the ubiquitous stresses of modern life, Ron Purser sees the mindfulness movement as epitomizing a malignant trend of contemporary Western individualism, one that is blinding us to the social problems of inherent in neoliberalism and capitalism, providing an anodyne where what is needed is rigorous analysis and political action.”
- Barry Magid, author of What’s Wrong With Mindfulness

“McMindfulness makes an important critique of self-centered mindfulness and points us towards a new  vision for real social change.”
- Christopher Titmuss, author of The Political Buddha

“Ron Purser cuts through the comforting New Age jargon used to promote mindfulness, enabling us to distinguish between the practice and its marketing.”
- Richard Payne, Institute of Buddhist Studies

"Timely and incisive... Purser reveals how mindfulness became a vast industry, promising to cure us of a growing range of psychological ailments, and simultaneously propping up the political and economic system that generates them.”
— William Davies, author of Nervous States and The Happiness Industry

“If you are wondering about whether mindfulness is really a panacea for all our problems, this is the book to read.”  — David Loy, author of Money, Sex, War and Karma

"Provocatively illustrates how mindfulness has been hijacked by corporate interests, turned into an opiate of the masses, and how we can radically rethink the meaning of mindfulness in contemporary life.”
— Dr. Steven Stanley, School of Social Sciences, Cardiff University

"Spiky, witty, meticulously researched and thoroughly engaging, McMindfulness is the best assessment of ‘Mindfulness’ to date."
— Manu Bazzano, author of Zen and Therapy: Heretical Perspectives and editor of After Mindfulness: new Perspectives on Psychology and Meditation

"A much needed wake-up call to the dark side of mindfulness-based practices... a must-read.”
– Richard King, Professor of Buddhist and Asian Studies, University of Kent.

"Just the right book at just the right time... May it help turn the tide of western ‘spirituality’ toward a genuine model of personal and social health.”
— Glenn Wallis, author of A Critique of Western Buddhism and Director of Insight Seminars

This feature require that you enable JavaScript in your browser.
END_OF_DOCUMENT_TOKEN_TO_BE_REPLACED

This feature require that you enable JavaScript in your browser.
END_OF_DOCUMENT_TOKEN_TO_BE_REPLACED