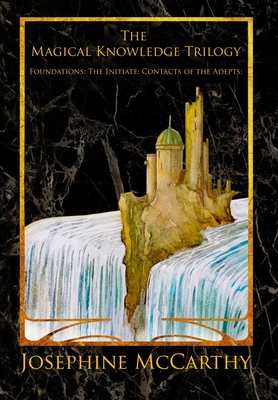 It is a sampling of the teaching and magical work undertaken by the author over a twenty-year period, reaching from the early stages of magical practice right up to the adept level of work, and is designed for the lone practitioner. The writing of this collection signalled a turning point in McCarthy's work, as it began to develop more towards the in-depth training of magicians, which eventually manifested in the form of Quareia: an open source magical training course of unparalleled depth and scope.

The trilogy covers magical advice, techniques for ritual, visionary work, utterance, divination, and sigil-making, and includes essays on the history of magic and a look at the mythic storytelling tradition.

Josephine McCarthy is a Western magical adept living in the Southwest of England. An esoteric practitioner, teacher, and author, she has written over thirty books on magical theory and practice, including The Exorcist's Handbook, Magic of the North Gate, The Book of Gates - a Magical Translation, and Tarot Skills for the 21st Century. Josephine has taught extensively in the USA and UK since the early 1990s, and has lectured at various occult, esoteric, and hermetic conferences in the UK and USA. She is the designer and book author for the LXXXI Quareia Magician's Deck (2014 Quareia Publishing UK), produced with artists Stuart Littlejohn and Cassandra Beanland.

McCarthy is also the author of Quareia, an extensive, in-depth, open source online training course in the theory, practice, and history of Western magic, which seeks to move Western magical practice into a deeper, more cooperative relationship with nature and the environment.

This feature require that you enable JavaScript in your browser.
END_OF_DOCUMENT_TOKEN_TO_BE_REPLACED

This feature require that you enable JavaScript in your browser.
END_OF_DOCUMENT_TOKEN_TO_BE_REPLACED