Honey from a Weed (Paperback) 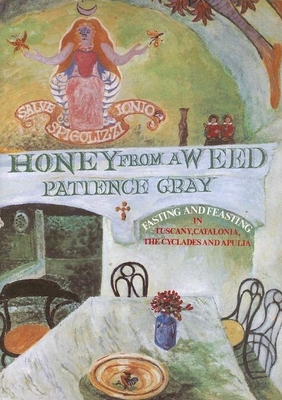 his book is perhaps the jewel in Prospect Book's crown. Within a few months of its first appearance in 1986 it was hailed as a modern classic. Fiona MacCarthy wrote in The Times that, 'the book is a large and grandiose life history, a passionate narrative of extremes of experience.'; Jeremy Round called Patience Gray 'he high priestess of cooking';, whose book pushes the form of the cookery book as far as it can go. Angela Carter remarked that it was less a cookery book that a summing-up of the genre of the late-modern British cookery book. The work has attracted a cult following in the United States, where passages have been read out at great length on the radio; and it has been anthologized by Paul Levy in The Penguin Book of Food and Drink. It was given a special award by the Andre Simon Book Prize committee in 1987.

The author has for the last 20 years shared her life with a sculptor whose appetite for marble and sedimentary rocks has taken them to Tuscany, Catalonia, Naxos and Apulia. She has written a passionate autobiographical cookbook, Mediterranean through and through and as compelling as a first class novel.

This feature require that you enable JavaScript in your browser.
END_OF_DOCUMENT_TOKEN_TO_BE_REPLACED

This feature require that you enable JavaScript in your browser.
END_OF_DOCUMENT_TOKEN_TO_BE_REPLACED