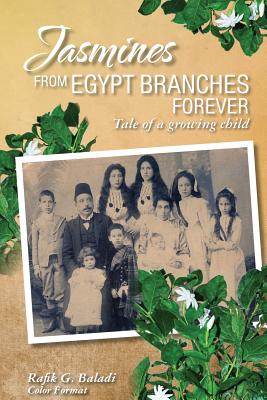 Snapshot: The hero in this testimony struggles to break the jails of personal, social, political, religious and office labels, throughout his life, while researching similar trends in Egypt's history and seeking knowledge from academic self-help books.

General, this is a creative non-fictional progress of life, driven by a struggle of a schoolchild in the fifties to bypass personal trauma, amidst an already socially shifting society, following its 1952 coup-d' tat. This society marginalized its ethnic citizens and striving families. The child is supported by friends from the school's soccer team; they protect him. But in the 60s many of them and their families leave Egypt seeking social justice and tolerance, overseas.

The first half starts in a turbulent post WW2 Egypt, including its confrontation with prominent world heads such as USA's (President Dwight Eisenhower) and Canada's (Prime Minister Lester B. Pearson), whose daughter in law, was Senior Advisor to Prime Minister Chretien, and whom the hero had met in Ottawa. Hon. Lester B Pearson has earned his Noble Prize in view of his judicious intervention of 1956, in the U.N. Supreme Council to resolve the Suez-Canal Crisis and avert an imminent catastrophe.

The second half of his life is in Canada, where the hero encounters intense corporate pressure, peer slurs, and mind games. He feels terribly lonely. All he wants is the right to know, choose, create music, and join a theatre group, in Quebec and Ontario, far from hurt and politics, which is why he immigrated. He studied stern communication theories and graduated in communication and journalism. He is influenced by Marshall McLuhan, Wilbur Schramm, Walter Cronkite, Rev. Dr. Joseph Murphy, J. J. Rousseau, and other communication and philosophy gurus. In addition, he continues his struggle with misleading and corrupt mind games that rid him of his right to choose, for a while, hence a pivotal malady of all striving middle managers in this age, stricken children and victims of forceful religious institutions.

His scattered religious retreats in Magog, Quebec reveal little bouquets and scents of history, spiritual resolution and human reconciliation, here and there. They are true events but they are packaged romantically to pave the way to whomever wants to comply with straightforward dialogue; it adds some lovely shades and colors.

Also, throughout his life, the hero's mother was his best friend, in addition to his soccer team of friends at school. They were his lifelines from bullies and so was she but many had left Egypt during its new socialist regime of the sixties and his mother was aging.

The hero meets his university soul mate, at the age of sixty, once more. His mother is thrilled. The soul mates marry in Montreal and fly to Egypt, to rekindle the beautiful past but the hero's health has broken and he is about to lose his battle with depression, social scrutiny, corporate slurs and bullying.

Before his vacation in Egypt with his wife, he promises his ailing mother that he will pick up his health and be back for her, soon, in spring. He does, and he returns as scheduled. But his health is deteriorating rapidly and his aging mother is preparing for her return journey to God. Soon, his wife helps him overcome his health challenges and pressing pains. His mom passes away in his arms at 98. After a while, he overcomes his terrible mourning and starts to celebrate a new cycle with his beloved wife. One day, he walks in the streets of Montreal only to discover few of his soccer team mates, fifty years later.

This feature require that you enable JavaScript in your browser.
END_OF_DOCUMENT_TOKEN_TO_BE_REPLACED

This feature require that you enable JavaScript in your browser.
END_OF_DOCUMENT_TOKEN_TO_BE_REPLACED