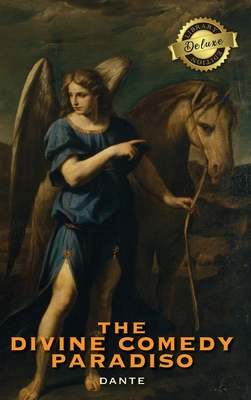 After an initial ascension, Beatrice guides Dante through the nine celestial spheres of Heaven. These are concentric and spherical, as in Aristotelian and Ptolemaic cosmology. The structure of Paradiso is based on the four cardinal virtues and the three theological virtues. In Paradiso, Dante meets and converses with several great saints of the Church, including Saint Peter, and St. John. Allegorically, the poem represents the soul's ascent to God.

The Divine Comedy represents a vision of the afterlife of the medieval world-view as it had developed in the Western Church by the 14th century. The narrative describes Dante's travels through Hell, Purgatory, and Paradise, while allegorically the poem represents the soul's journey towards God. The poem is widely considered to be the pre-eminent work in Italian literature and one of the greatest works of world literature.

This feature require that you enable JavaScript in your browser.
END_OF_DOCUMENT_TOKEN_TO_BE_REPLACED

This feature require that you enable JavaScript in your browser.
END_OF_DOCUMENT_TOKEN_TO_BE_REPLACED