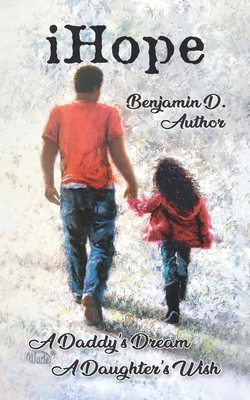 iHope is a book for fathers with teen and/or pre-teen daughters which is meant to be a starting point for dads who don't quite know how to start a conversation with their daughters who are going through the transition from being a little girl to becoming a teenager. At this stage of life, girls go through changes that may be difficult to discuss with their dads. iHope is the solution to the issue of separation that can happen between a father and daughter during this time in a daughter's life. Because daughters need the input of their dads, this book tackles those issues in a way that is straight to the point and will allow fathers and daughters the freedom of interpreting this book in their own way while directing them toward difficult topics like boys, sex, and peer pressure. This book comes in two versions, a dad version and a daughter version. This is the dad version of iHope and only includes a daddy-daughter discussion section in addition to the content of the book. Both versions have the same content, but the daughter version includes a journal where she can write down what she thinks about each chapter or any questions she may have for her dad along with a daddy-daughter discussion section. The daddy-daughter discussion section is a place where she can write down what she and her dad talk about after reading each chapter: their thoughts, views and answers to the questions they have for each other. About the AuthorAs a Christian man and father of four daughters himself, Benjamin Freeman pours out his heart, his thoughts, his views and his emotions for his daughters in this book. Benjamin knows the world they live in. He wants his daughters to be prepared for it, along with other girls in the world. Benjamin believes that he and other fathers have similar thoughts and want them to be able to use this book as a guide to aid them in communicating those thoughts to their daughters. By making iHope a double book, he allows the fathers and daughters to read along with one another and communicate as they go. Daughters can keep this book as a reminder of what their dads expect from them while growing and going through these evolving years and be able to see what is possible for them to do and be in life.

This feature require that you enable JavaScript in your browser.
END_OF_DOCUMENT_TOKEN_TO_BE_REPLACED

This feature require that you enable JavaScript in your browser.
END_OF_DOCUMENT_TOKEN_TO_BE_REPLACED