Special Agent: My Life on the Front Lines as a Woman in the FBI (Paperback) 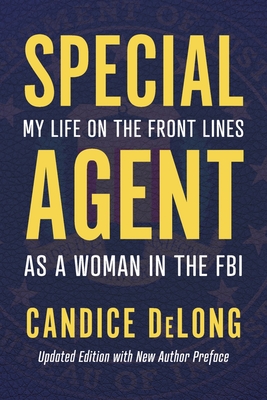 Candice DeLong has been called a real-life Clarice Starling and a female Donnie Brasco. She has been on the front lines of some of the FBIs most gripping and memorable cases, including being chosen as one of the three agents to carry out the manhunt for the Unabomber in Lincoln, Montana. She has tailed terrorists, gone undercover as a gangster's moll, and posed as the madam for a call-girl ring. Now, in this updated edition of her bestselling book, she reveals the dangers and rewards of being a woman on the front lines of the world's most powerful law enforcement agency. She traces the unusual career path that led her to crime fighting and recounts the incredible obstacles she faced as a woman and as a fledgling agent. She takes readers step by step through the profiling process and shows how she helped solve a number of incredible cases. The story of her role as a lead investigator on the notorious Tylenol Murderer case is particularly compelling. Finally, she gives the true, insider's story behind the investigation that led to the arrest of the Unabomber, including information that the media can't or won't reveal. A remarkable portrait of courage and grace under fire, Special Agent offers a missing chapter to the annals of law enforcement and a dramatic and often funny portrait of an extraordinary woman who has dedicated her heart and soul to the crusade against crime.

Former FBI profiler and bestselling author Candice DeLong is an internationally recognized homicide expert, TV news commentator, TV documentary host, producer and contributor and host of the Killer Psyche podcast. For twenty years Candice was on the front lines of some of the FBI's most memorable and high-profile cases, including the Chicago Tylenol Murders. She was chosen as one of two agents for a lengthy undercover assignment in the UNABOM case and spent the afternoon in a remote mountain cabin with Ted Kaczynski on the day his own cabin was being searched by FBI bomb techs. Candice was the Head Profiler in the San Francisco office, and served on the State of California's Child Abduction Task Force until her retirement in 2000. Candice has been the face of the longest running show on Investigation Discovery, DEADLY WOMEN, seen in 165 countries. In this hit show Candice uses her knowledge of psychiatry and her expertise as a career investigator to explain some of the world's most fascinating killers. She was the creator, executive producer and host of FACING EVIL with Candice DeLong on Investigation Discovery from 2010 to 2015, an inimitable show that took her behind prison walls (and even to death row) to talk one-on-one with 36 convicted killers.

This feature require that you enable JavaScript in your browser.
END_OF_DOCUMENT_TOKEN_TO_BE_REPLACED

This feature require that you enable JavaScript in your browser.
END_OF_DOCUMENT_TOKEN_TO_BE_REPLACED