The Ghost Marriage: A Memoir (Paperback) 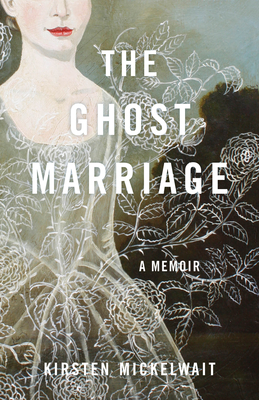 At thirty-one, Kirsten has just returned to San Francisco from a bohemian year in Rome, ready to pursue a serious career as a writer and eventually, she hopes, marriage and family. When she meets Steve Beckwith, a handsome and successful attorney, she begins to see that future materialize more quickly than she'd dared to expect. Twenty-two years later, Steve has turned into someone quite different. Unemployed and addicted to opioids, he uses money and their two children to emotionally blackmail Kirsten. What's more, he's been having an affair with their real estate agent, who is also her close friend. So she divorces him--but after their divorce is finalized, Steve is diagnosed with colon cancer and dies within a year, leaving Kirsten with $1.5 million in debts she knew nothing about. It's then that she finally understands: The man she'd married was a needy, addictive person who came wrapped in a shiny package. As she fights toward recovery, Kirsten begins to receive communications from Steve in the afterlife--which lead her on an unexpected path to forgiveness. The Ghost Marriage is her story of discovery--that life isn't limited to the tangible reality we experience on this earth, and that our worst adversaries can become our greatest teachers.

This feature require that you enable JavaScript in your browser.
END_OF_DOCUMENT_TOKEN_TO_BE_REPLACED

This feature require that you enable JavaScript in your browser.
END_OF_DOCUMENT_TOKEN_TO_BE_REPLACED