Who They Was (Hardcover) 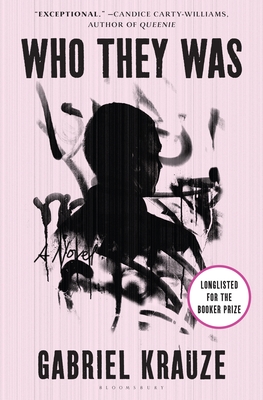 Longlisted for the Booker Prize
Named a Most Anticipated Book of Summer 2021 by Entertainment Weekly, Time, and CrimeReads

An astonishing, visceral autobiographical novel about a young man straddling two cultures: the university where he is studying English Literature and the disregarded world of London gang warfare.

The unforgettable narrator of this compelling, thought-provoking debut goes by two names in his two worlds. At the university he attends, he’s Gabriel, a seemingly ordinary, partying student learning about morality at a distance. But in his life outside the classroom, he’s Snoopz, a hard living member of London’s gangs, well-acquainted with drugs, guns, stabbings, and robbery. Navigating these sides of himself, dealing with loving parents at the same time as treacherous, endangering friends and the looming threat of prison, he is forced to come to terms with who he really is and the life he's chosen for himself.

In a distinct, lyrical urban slang all his own, author Gabriel Krauze brings to vivid life the underworld of his city and the destructive impact of toxic masculinity. Who They Was is a disturbing yet tender and perspective-altering account of the thrill of violence and the trauma it leaves behind. It is the story of inner cities everywhere, and of the lost boys who must find themselves in their tower blocks.

Gabriel Krauze grew up in London in a Polish family and was drawn to a life of crime and gangs from an early age. He has left that world behind and is recapturing his life through writing. Who They Was, his first novel, was long-listed for the Dylan Thomas Prize and the Booker Prize.

“A wild ride from the very first page. An astonishing telling of a young man’s search for belonging, caught between a life of crime with his London gang and hopes for his academic future.” - Douglas Stuart

“It is exceptional.” - Candice Carty-Williams, author of QUEENIE

“Magnificent in its relentless intensity and searing honesty, this is a new voice arriving fully formed and raring to go.” - Booker Prize Judges, 2020

“Profound, gripping, and beautiful—Who They Was is a breathtaking and breathless feat of literary graffiti. We cannot look away.” - Daniel Magariel, author of One of the Boys

“Reveals a London that is rarely seen . . . Rich in detail and motivation and consequence . . . Striking.” - New York Times

“Gripping . . . the shock value is high, but so is the level of pathos imbued in Krauze’s writing.” - Time

“Who They Was is a powerful, challenging, and fearless debut from an author with a story to tell and the talent to tell it. And if you let yourself get swept away by this narrator, you may just find yourself reconceptualizing your reading process.” - Chicago Review of Books

“I couldn’t put the book down . . . Who They Was evokes the era and mood of a world that’s crackling with possibility and danger.” - Vice

“Who They Was will make you question your assumptions about the underworld and serves a trenchant warning not to judge, and a beautiful reminder that people can change, and that a person is more than their best or worst moments. Gritty, hardboiled, and as noir as they come, but infused with a glimmer of hope.” - Crime Reads, " The Most Anticipated Crime Books of 2021: Summer Reading Edition"

“Extraordinary. With its distinctive argot and moments of ultraviolence, Who They Wasis akin to A Clockwork Orange – except that instead of a well-heeled author’s fantastical brainchild, it is a hyperrealistic tale from a writer who has lived the lifestyle it describes... Who They Was is a subtle, unflinching novel that deserves to win wide acclaim for bringing this hinterland into focus.” - The Guardian

“Who They Was is by turns visceral, funny, moving and appalling… a powerful evocation of gang life… A bit like reading Anthony Burgess’s A Clockwork Orange, once the reader masters the argot, they are granted access to an elusive subculture.” - The Times (London)

“Who They Was is a remarkable debut novel . . . highly recommended.” - Deadly Pleasures

“To the growing genre of drug-riddled fiction--Irvine Welsh, Denis Johnson, Joel Mowdy, Nico Walker--Krauze adds a flourish, a kind of harsh music, with his use of gang argot. Imagine Riddley Walker combined with A Clockwork Orange: . . . Possessed of a raw and honest eloquence.” - Kirkus, starred review

“The prose sizzles. . . This tour through a hard-knock life is compulsively readable.” - Publishers Weekly

“Krauze has penned a requiem for his younger self, and for young people everywhere caught between worlds of differing morality and beliefs.” - Booklist

This feature require that you enable JavaScript in your browser.
END_OF_DOCUMENT_TOKEN_TO_BE_REPLACED

This feature require that you enable JavaScript in your browser.
END_OF_DOCUMENT_TOKEN_TO_BE_REPLACED