Murder Under the Fig Tree: A Palestine Mystery (Paperback) 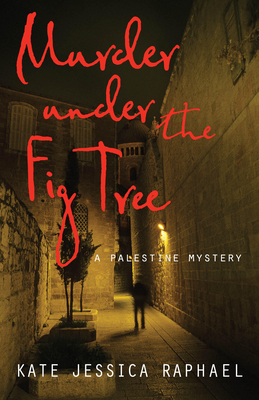 Hamas has taken power in Palestine, and the Israeli government is rounding up threats. When Palestinian policewoman Rania Bakara finds herself thrown in prison, though she has never been part of Hamas, her friend Chloe flies in from San Francisco to get her out. Chloe begs an Israeli policeman named Benny for help--and Benny offers Rania a way out: investigate the death of a young man in a village near her own. The young man's neighbors believe the Israeli army killed him; Benny believes his death might not have been so honorable.
Initially, Rania refuses; she has no interest in helping the Israelis. But she is released anyway, and returns home to find herself without a job and suspected of being a traitor. Searching for redemption, she launches an investigation into the young man's death that draws her into a Palestinian gay scene she never knew existed.
With Chloe and her Palestinian Australian lover as guides, Rania explores a Jerusalem gay bar, meets with a lesbian support group, and plunges deep into the victim's world, forcing her to question her beliefs about love, justice, and cultural identity.

This feature require that you enable JavaScript in your browser.
END_OF_DOCUMENT_TOKEN_TO_BE_REPLACED

This feature require that you enable JavaScript in your browser.
END_OF_DOCUMENT_TOKEN_TO_BE_REPLACED