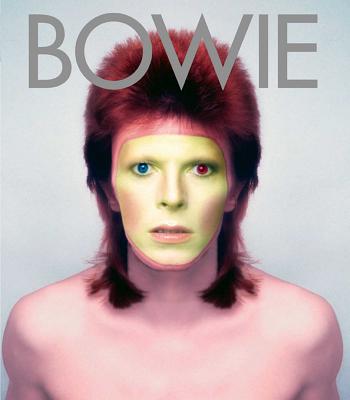 David Bowie is a shape-shifting, genre-twisting genius whose 27 albums over 40 years reveal a creative bigamist marrying pop and art, theatre and rock, fashion and film, sound and style. Bowie: Album by Album is the ultimate celebration of the entire career of the icon. Longtime fans and new followers alike can explore in detail every album and every track—from his eponymous 1967 debut album, through his unbeatable rise of seventies classics including The Rise and Fall of Ziggy Stardust, Aladdin Sane, Station to Station, Low, and Heroes, to rare gems like The Buddha of Suburbia and his critically acclaimed 2003 album Reality. The illustrations present a galaxy of rare and iconic images from the world’s leading photographers. Fans will love iconic images from album covers and performances, of Bowie wearing outrageous outfits and surrealist makeup from across the decades. These are combined with more intimate, behind-the-scenes images that reveal the musician at work. Written by acclaimed music critic Paolo Hewitt, the text assesses the writing and recording of each release, and reflects on their impact and influence on the art of popular music. Featuring a discography of studio albums, live albums, notable compilations and soundtracks, this is the essential companion to David Bowie’s legendary achievements.

Paolo Hewitt is a British journalist and author of over twenty titles covering such subjects as music, fashion, and soccer. He has written for Melody Maker and NME, Vogue Germany, and The Sunday Times. Among other titles, he is the author of The Small Faces: The Young Mod’s Forgotten Story and Alan McGee and the Story of Creation Records, as well as various works of fiction. He lives in London. Robert Elms is a writer, broadcaster, and radio show host for BBC London. He is also a former columnist for NME and The Face, and author of The Way We Wore: A Life in ThreadsM, a book about fashion’s relationship between music and youth culture. He lives in London.

Paolo Hewitt manages to synthesize the major movements of Bowie's music into one dramatic overtureThis is a glamorous addition to the serious fan's library.”Shelf Awareness

This beautiful, handsomely-bound Encyclopedia Davidica is first and foremost a visual retrospectand eye-popping repository of iconic photography, artwork, and fashion that defined Bowie and was, in turn, redefined by the theatrical singer, whose image (however changing) was always as culturally significant as his sound.”Cleveland Music Examiner

In this elegant and comprehensive coffee-table book, Hewitt unveils the storied history behind each of Bowie’s eclectic albums, along with insider quotes, personal anecdotes, and stunning photographs. This is a must- read title for music-history fans and Bowie collectors.”Booklist

quite simply a must have for any David Bowie fan.”Pop Culture Beast

This feature require that you enable JavaScript in your browser.
END_OF_DOCUMENT_TOKEN_TO_BE_REPLACED

This feature require that you enable JavaScript in your browser.
END_OF_DOCUMENT_TOKEN_TO_BE_REPLACED