Fresh from Louisiana: The Soul of Cajun and Creole Home Cooking (Hardcover) 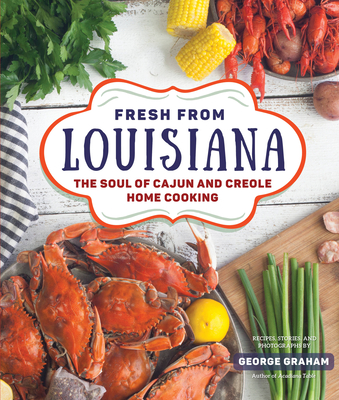 George Graham has lived in South Louisiana for all his life. He has been an avid student, chronicler, and photographer of the region's culture and culinary traditions. Born into a restaurant family and a former restaurateur himself, he has written about Cajun and Creole cuisine for newspapers and magazines, and he has been a finalist on television's Food Network Challenge.

George's blog Acadiana Table: George Graham's Stories of Louisiana Cooking and Cajun/Creole Culture has been a finalist for Best Food Blog: Regional Cuisine in Saveur magazine's 2014 Best Food Blog Awards and also for Best Food Blog in the 2015 IACP Digital Media Awards. He lives in Lafayette, Louisiana, with his wife and daughter.

This feature require that you enable JavaScript in your browser.
END_OF_DOCUMENT_TOKEN_TO_BE_REPLACED

This feature require that you enable JavaScript in your browser.
END_OF_DOCUMENT_TOKEN_TO_BE_REPLACED