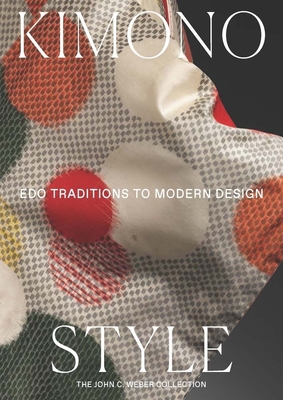 Japan’s engagement with Western clothing, culture, and art in the mid-nineteenth century transformed the traditional kimono and began a cross-cultural sartorial dialogue that continues to this day. This publication explores the kimono’s fascinating modern history and its notable influence on Western fashion. Initially signaling the wearer’s social position, marital status, age, and wealth, older kimono designs gave way to the demands of modernized and
democratized twentieth-century lifestyles as well as the preferences of the emancipated “new woman.” Conversely, inspiration from the kimono’s silhouette liberated Western designers such as Paul Poiret and Madeline Vionnet from traditional European tailoring. Juxtaposing never-before-published Japanese textiles from the John C. Weber Collection with Western couture, this book places the kimono on the stage of global fashion history.

Monika Bincsik is the Diane and Arthur Abbey Associate Curator for Japanese Decorative Arts in the Asian Art Department at The Metropolitan Museum of Art, New York. Karen Van Godtsenhoven is an independent curator based in Belgium. Arai Masanao is a textile historian based in Japan.

This feature require that you enable JavaScript in your browser.
END_OF_DOCUMENT_TOKEN_TO_BE_REPLACED

This feature require that you enable JavaScript in your browser.
END_OF_DOCUMENT_TOKEN_TO_BE_REPLACED