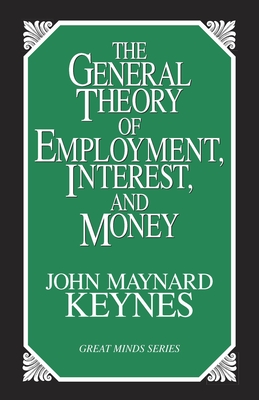 Distinguished British economist John Maynard Keynes (1883-1946) set off a series of movements that drastically altered the ways in which economists view the world. In his most important work, The General Theory of Employment, Interest, and Money (1936), Keynes critiqued the laissez-faire policies of his day, particularly the proposition that a normally functioning market economy would bring full employment. Keynes's forward-looking work transformed economics from merely a descriptive and analytic discipline into one that is policy oriented. For Keynes, enlightened government intervention in a nation's economic life was essential to curbing what he saw as the inherent inequalities and instabilities of unregulated capitalism.

John Maynard Keynes was born in Cambridge, England, on July 5, 1883. His father, John Neville Keynes, was a professor and administrator at Cambridge University and himself the author of The Scope and Methods of Political Economy. After attending Eton (1897–1902), Keynes entered King’s College, where he studied economics. Following graduation, he worked in the India Office (1906–1908); lectured on economics at Cambridge (1908); was made a fellow of King’s College (1909), editor of the Economic Journal, and secretary of the Royal Economic Society (1911); and accepted a position in the British treasury.

In 1919 Keynes was principal representative of the treasury at the Paris Peace Conference. Disturbed by developments at the conference, however, he soon resigned. His Economic Consequences of the Peace (1919) gave voice to his strong objection to the punitive measures being enacted against Germany. In this eloquently argued and strangely prescient work, Keynes detailed the problems that would result from the war reparations to be made by conquered Germany beyond her ability to pay, as well as the devastating economic, social, and political consequences of continuing European ultranationalism.

Keynes returned to England to resume teaching at Cambridge (1920–37), during which time he gave the Sidney Ball Lecture that was published as the pamphlet The End of Laissez-Faire (1926) and wrote his main work, The General Theory of Employment, Interest, and Money (1935–36). Critiquing the neoclassical theory of Alfred Marshall, namely, that a normally functioning market
economy leads to full employment, Keynes showed that a market economy can operate at less than full employment and that it may even work against reducing unemployment. Keynes advocated enlightened governmental intervention over unregulated laissez-faire policies. The Keynesian analysis of how monetary and financial arrangements affect the economy has formed the basis of subsequent activist governmental fiscal and monetary policy.

Heart trouble ended Keynes’s academic career in 1937. However, he remained active as an adviser to the chancellor of the exchequer (1940) and as principal British delegate and negotiator at the Bretton Woods Conference (1944), Stage II of Lend Lease (1944), arrangements for a United States loan to Britain (1945), and the inauguration of the International Monetary Fund and the International Bank (1946). In 1942, he was raised to the peerage, being named 1st Baron Keynes of Tilton. John Maynard Keynes died in Firle, Sussex, on April 21, 1946.

This feature require that you enable JavaScript in your browser.
END_OF_DOCUMENT_TOKEN_TO_BE_REPLACED

This feature require that you enable JavaScript in your browser.
END_OF_DOCUMENT_TOKEN_TO_BE_REPLACED