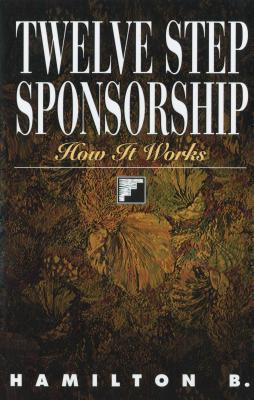 Twelve Step Sponsorship is the first truly comprehensive look at sponsorship, a role recovering people benefit from both as sponsees and ultimately as sponsors.

Twelve Step Sponsorship offers a welcome reinforcement to the tradition of "passing it on" from one generation of sponsors to the next.

Hamilton B. is a recovering alcoholic who has been sober in AA for more than twenty years. As an AA member, Hamilton maintains his anonymity "at the level of press, radio, and film." He holds a BA degree in psychology from an Ivy League college, and a PhD in organizational behavior from an eastern University. Hamilton is a recognized expert in the areas of alcoholism recovery and spirituality in organizational settings. He has been quoted in The New York Times, The Washington Post, Los Angeles Times, USA Today, Newsweek, and numerous other newspapers and periodicals; he has appeared on CNN, CNBC, Oprah Winfrey, A Current Affair, and numerous other television and radio programs; and he has testified before committees of both the United States House of Representatives and the United States Senate as an expert witness on alcoholism.

Hamilton has served on a variety of corporate and foundation boards, has taught as an adjunct professor at an eastern medical school, and has worked with the National Institute of Alcoholic Abuse and Alcoholism. In addition to the two books he has written for Hazelden, he is the author of a book that deals with organizational issues and a forthcoming book on leadership. His areas of expertise are alcoholism and spirituality in organizational settings.

This feature require that you enable JavaScript in your browser.
END_OF_DOCUMENT_TOKEN_TO_BE_REPLACED

This feature require that you enable JavaScript in your browser.
END_OF_DOCUMENT_TOKEN_TO_BE_REPLACED