Petaluma: A History in Architecture (Hardcover) 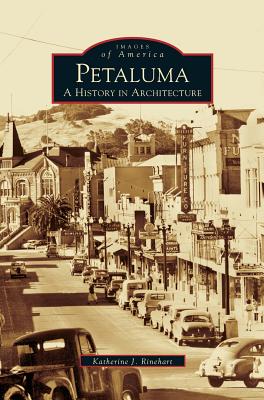 Petaluma's past is uniquely reflected in its historic architecture. The town's earliest commercial buildings tightly lined the waterfront of the Petaluma River, at one time the busiest transportation corridor in the North Bay. After the railroad arrived, an already thriving dairy and manufacturing city became the nation's largest poultry and egg producer. A vital economy brought factories like the impressive Sunset Line & Twine plant, hatcheries, vast warehouses, and grain elevators that have become defining Petaluma landmarks. Its handsome downtown, listed on the National Register of Historic Places, is noted for its Italianate cast iron-front commercial buildings, and a variety of pre-World War II residential styles surround it in charming neighborhoods. A favorite of moviemakers, its classic main streets played a
central role in the film American Graffiti.

This feature require that you enable JavaScript in your browser.
END_OF_DOCUMENT_TOKEN_TO_BE_REPLACED

This feature require that you enable JavaScript in your browser.
END_OF_DOCUMENT_TOKEN_TO_BE_REPLACED