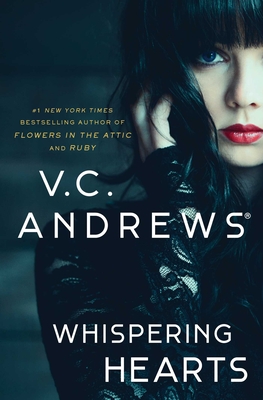 This is book number 3 in the House of Secrets series.

A desperate young woman’s bargain with a wealthy couple is not what it seems. From the #1 New York Times bestselling author and literary phenomenon V.C. Andrews—whose books are now major Lifetime TV movies (Flowers in the Attic, Heaven, Ruby)—comes a gothic tale of big city dreams gone wrong.

The English countryside is beautiful, but for Emma Corey it cannot compare with the bright lights of New York City. Tired of performing only in pubs and at church, she announces she’s moving to America—and her conservative father disowns her on the spot.

Distraught but undeterred, Emma will become a Broadway star—or die trying. Leaving the comforts of her youth is a thrilling adventure. The largeness of the city, her new friends, the boundless opportunities make everything shine with promise. However, New York has a way of chipping away at a newcomer’s resolve. First a robbery. Then a low-wage job. Then the realization that such a city attracts the young and the talented—competitors all.

Just when it seems like Emma might have to admit defeat and return to the UK, she is introduced to a peculiar couple: a wife that cannot bear children of her own, and a husband who would pay Emma to solve that problem.

Emma’s father once told her, “Money is life.” But when Emma trades one for the other and moves into the couple’s remote estate to participate in an elaborate ruse, there’s no telling what kind of life she’ll have once she’s taken the money.

One of the most popular authors of all time, V.C. Andrews has been a bestselling phenomenon since the publication of Flowers in the Attic, first in the renowned Dollanganger family series, which includes Petals on the Wind, If There Be Thorns, Seeds of Yesterday, and Garden of Shadows. The family saga continues with Christopher’s Diary: Secrets of Foxworth, Christopher’s Diary: Echoes of Dollanganger, and Secret Brother, as well as Beneath the Attic, Out of the Attic, and Shadows of Foxworth as part of the fortieth anniversary celebration. There are more than eighty V.C. Andrews novels, which have sold over 107 million copies worldwide and have been translated into twenty-five foreign languages. Join the conversation about the world of V.C. Andrews at Facebook.com/OfficialVCAndrews.

This feature require that you enable JavaScript in your browser.
END_OF_DOCUMENT_TOKEN_TO_BE_REPLACED

This feature require that you enable JavaScript in your browser.
END_OF_DOCUMENT_TOKEN_TO_BE_REPLACED