The Independent Filmmaker's Guide to the New Hollywood: Success in the Era of Netflix and Streaming Video (Paperback) 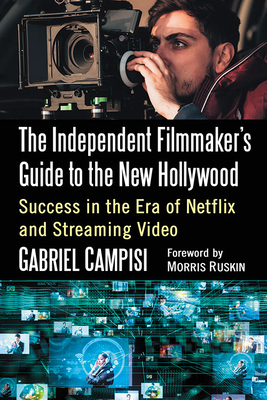 By Gabriel Campisi
$47.25
Email or call for price.

Netflix and its competitors like Disney], Amazon Prime and Hulu have brought unprecedented levels of entertainment to consumers everywhere, providing the richest, most abundant aggregate of motion pictures and cinematic television the world has ever seen. Behind the facade, however, things are not as pleasant. A very costly paradigm shift is underway, altering not only conventional business and finance models, but also threatening long-established avenues of entertainment such as movie theaters, traditional television, and home video, and wreaking havoc on independent filmmakers and veteran producers alike. This book attempts to make sense of ongoing economic and creative shifts of infrastructure and intellectual property, to understand where the industry is headed, and to distinguish which business models should be maintained and which ones should be left behind. Featuring exclusive interviews with some of the industry's most prolific filmmakers and executives, it dives into the trenches of Hollywood to provide readers with the knowledge necessary to rethink the business, see past the turmoil, recognize the new opportunities, and take advantage of exciting new possibilities. Change sparks innovation, and innovation brings about great opportunity--but only for the well-informed and prepared.

Gabriel Campisi has dealt in the world of finance, investment assets and commercial holdings for more than 20 years. Working simultaneously in motion picture and television production, he has received numerous awards and critical acclaim for his works as an independent writer, director and producer. He is a member of the Producers Guild of America.

This feature require that you enable JavaScript in your browser.
END_OF_DOCUMENT_TOKEN_TO_BE_REPLACED

This feature require that you enable JavaScript in your browser.
END_OF_DOCUMENT_TOKEN_TO_BE_REPLACED