The Role of the Individual in History (Paperback) 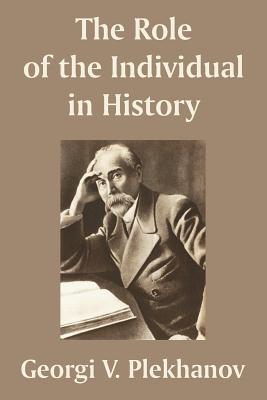 The Role of the Individual in History was first published in 1898, and occupies a very prominent place among those of Plekhanov's works in which he substantiates and defends Marxism and advocates the Marxian theory of social development. Georgi Valentinovich Plekhanov (1856-1918) was one of the leaders of Russian populism and after his emigration to Western Europe in 1880 became the foremost Russian Marxist abroad. He founded in 1883, together with Pavel Axelrod, the 'Group for the Liberation of Labor', the first Russian social democratic party, and in 1900 together with Lenin the 'Iskra', the first Russian Marxist newspaper, but a few years later broke with Lenin and sided with the Mensheviks.

This feature require that you enable JavaScript in your browser.
END_OF_DOCUMENT_TOKEN_TO_BE_REPLACED

This feature require that you enable JavaScript in your browser.
END_OF_DOCUMENT_TOKEN_TO_BE_REPLACED