The Illusion of Well-Being: Economic Policymaking Based on Respect and Responsiveness (Hardcover) 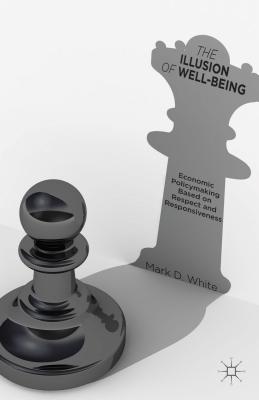 The use of measures of economic output to guide policymaking has been criticized for decades because of their weak ties to human well-being. Recently, many scholars and politicians have called for measures of happiness or subjective well-being to be used to guide policy in people's true interests. In The Illusion of Well-Being, Mark D. White explains why using happiness as a tool for policymaking is misguided and unethical. Happiness is too vague a term to define, and too general a concept, to measure in a way that captures people's true feelings. He extends this critique to well-being in general and concludes that no measure of well-being can do justice to people's true interests, which are complex, multifaceted, and subjective. White suggests instead that policymaking be conducted according to respect and responsiveness, promoting the true interests of citizens while addressing their real needs, and devoting government resources to where they can do the most good.

Mark D. White is Chair of the Department of Philosophy at the College of Staten Island, City University of New York, USA, where he teaches courses in philosophy, economics, and law. He is the author of four books, including The Illusion of Well-Being (2014) and The Manipulation of Choice (2013), plus over forty journal articles and book chapters in the intersections between his three fields. He has also edited or co-edited a number of books, including Retributivism (2011), The Thief of Time (with Chrisoula Andreou, 2010), and Theoretical Foundations of Law and Economics (2009), and he is the editor of the Perspectives from Social Economics series at Palgrave Macmillan.

This feature require that you enable JavaScript in your browser.
END_OF_DOCUMENT_TOKEN_TO_BE_REPLACED

This feature require that you enable JavaScript in your browser.
END_OF_DOCUMENT_TOKEN_TO_BE_REPLACED