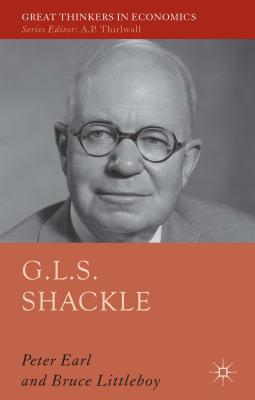 This intellectual biography of G.L.S. Shackle, economic theorist, philosopher, explores his radical ideas, which deserve attention today. Shackle challenged the aims, methods and assumptions of mainstream economics. He remains the sole poet and mystic of economics. He sought to replace probabilistic, equilibrium-focused economics with an approach that focuses on imagined possibilities and potential for sudden 'kaledic' change. His richly psychological thinking complements core ideas in behavioural economics and his philosophy of uncertainty has lessons for planners and entrepreneurs. Shackle's radically subjectivist theory of crucial choice under conditions of deep uncertainty contributed to modern corporate scenario planning. He stressed macroeconomic instability and the possibility of complete surprise. Shackle devised a 'kaleidic' economics in which tiny changes in events or in expectations lead to cascading change. In an era buffeted by the 'unknown unknowns', Shackle offers wise advice and supports promising developments in contemporary economics. His core ideas complement and in some areas anticipated the 'bounded rationality' perspective of Herbert Simon and the psychological economics of Daniel Kahneman. He drew insightfully from the great economists he knew and admired, such as Friedrich von Hayek and John Maynard Keynes.

Peter Earl is a former co-editor of the Journal of Economic Psychology and is Associate Professor of Economics at the University of Queensland, Australia. His many books include Economics as an Art of Thought: Essays in Memory of G.L.S. Shackle (2000) (editor, with Stephen Frowen). Bruce Littleboy is Senior Lecturer in Economics at the University of Queensland, Australia. He wrote On Interpreting Keynes (1990) and was awarded a Shackle Studentship at St Edmund's College Cambridge in 2011.

This feature require that you enable JavaScript in your browser.
END_OF_DOCUMENT_TOKEN_TO_BE_REPLACED

This feature require that you enable JavaScript in your browser.
END_OF_DOCUMENT_TOKEN_TO_BE_REPLACED