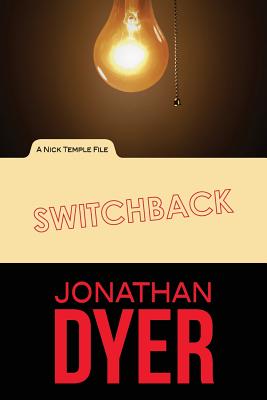 America's intelligence gathering network is under siege. Cold war spies are being targeted and assassinated at an alarming rate. The CIA turns to Nick Temple, who puts his life on the line for his country as his action-packed secret operation unfolds in Russian-occupied Berlin. A ruthless Russian KGB operative, an alluring double agent and a high ranking traitor play a deadly Cold War espionage game of intrigue and betrayal. Will the country Nick defends leave him in the hands of the KGB?Follow Nick Temple, charter member of the CIA, in author Jonathan Dyer's fast-paced historical spy thriller. Laced with crisp dialogue and a host of memorable characters, Switchback pulls you into the deadly struggle between the world's nuclear superpowers during the late 1950s, at the height of the political terrorism known as the Cold War.

This feature require that you enable JavaScript in your browser.
END_OF_DOCUMENT_TOKEN_TO_BE_REPLACED

This feature require that you enable JavaScript in your browser.
END_OF_DOCUMENT_TOKEN_TO_BE_REPLACED