The Language of the Heart: Bill W.'s Grapevine Writings (Paperback) 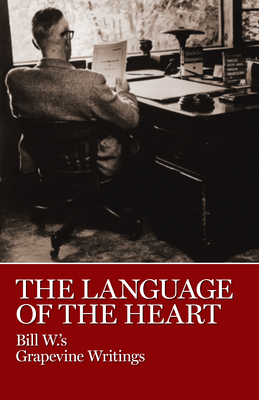 From Bill W., co-founder of Alcoholics Anonymous, a collection of inspiring and illuminating articles written for Grapevine magazine

Bill W. was AA Grapevine's most prolific contributor, having written more than 150 articles, from his first in June 1944 to his last in December 1970. An enthusiastic advocate, he also served for many years as a consulting editor of Grapevine, which started as an eight-page local newsletter and became the principal journal of the Fellowship.

In more than 150 articles, written over a span of twenty-six years, Bill Wilson documented the painstaking process of trial and error that resulted in AA's spiritual principles of recovery, unity, and service, articulating along the way his vision of what the Fellowship could become.

In The Language of the Heart: Bill W.'s Grapevine Writings, readers will find Bill's initial inspirations for what became the Twelve Traditions, his battles with chronic depression and spiritual pride, memories of an all-night drinking spree, and a vivid description of how he came to organize the Twelve Steps (there were six in the first draft).

For anyone in recovery from alcoholism or addiction, this uplifting and poignant collection provides a view into the early days of Alcoholics Anonymous as well as deep insights on emotional sobriety and personal struggle. Ultimately, The Language of the Heart documents a heartfelt journey that offers foundational knowledge and hope.

This feature require that you enable JavaScript in your browser.
END_OF_DOCUMENT_TOKEN_TO_BE_REPLACED

This feature require that you enable JavaScript in your browser.
END_OF_DOCUMENT_TOKEN_TO_BE_REPLACED