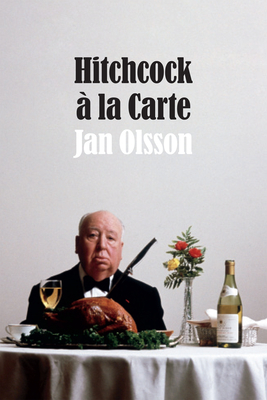 Alfred Hitchcock: cultural icon, master film director, storyteller, television host, foodie. And as Jan Olsson argues in Hitchcock la Carte, he was also an expert marketer who built his personal brand around his rotund figure and well-documented table indulgencies. Focusing on Hitchcock's television series Alfred Hitchcock Presents (1955-1962) and the The Alfred Hitchcock Hour (1962-1965), Olsson asserts that the success of Hitchcock's media empire depended on his deft manipulation of bodies and the food that sustained them. Hitchcock's strategies included frequently playing up his own girth, hiring body doubles, making numerous cameos, and using food-such as a frozen leg of lamb-to deliver scores of characters to their deaths. Constructing his brand enabled Hitchcock to maintain creative control, blend himself with his genre, and make himself the multi-million-dollar franchise's principal star. Olsson shows how Hitchcock's media brand management was a unique performance model that he used to mark his creative oeuvre as strictly his own.

Jan Olsson is Professor of Cinema Studies at Stockholm University. He is the coeditor of Television after TV: Essays on a Medium in Transition, also published by Duke University Press.

This feature require that you enable JavaScript in your browser.
END_OF_DOCUMENT_TOKEN_TO_BE_REPLACED

This feature require that you enable JavaScript in your browser.
END_OF_DOCUMENT_TOKEN_TO_BE_REPLACED