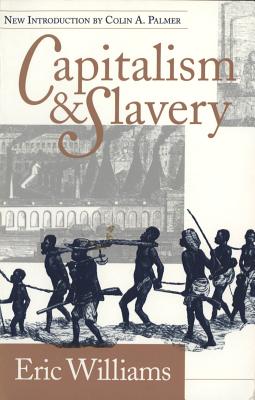 Slavery helped finance the Industrial Revolution in England. Plantation owners, shipbuilders, and merchants connected with the slave trade accumulated vast fortunes that established banks and heavy industry in Europe and expanded the reach of capitalism worldwide. Eric Williams advanced these powerful ideas in Capitalism and Slavery, published in 1944. Years ahead of its time, his profound critique became the foundation for studies of imperialism and economic development. Binding an economic view of history with strong moral argument, Williams's study of the role of slavery in financing the Industrial Revolution refuted traditional ideas of economic and moral progress and firmly established the centrality of the African slave trade in European economic development. He also showed that mature industrial capitalism in turn helped destroy the slave system. Establishing the exploitation of commercial capitalism and its link to racial attitudes, Williams employed a historicist vision that set the tone for future studies.
In a new introduction, Colin Palmer assesses the lasting impact of Williams's groundbreaking work and analyzes the heated scholarly debates it generated when it first appeared.

This feature require that you enable JavaScript in your browser.
END_OF_DOCUMENT_TOKEN_TO_BE_REPLACED

This feature require that you enable JavaScript in your browser.
END_OF_DOCUMENT_TOKEN_TO_BE_REPLACED