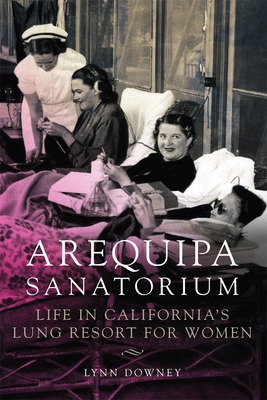 
As San Francisco recovered from the devastating earthquake and fire of 1906, dust and ash filled the city's stuffy factories, stores, and classrooms. Dr. Philip King Brown noticed rising tuberculosis rates among the women who worked there, and he knew there were few places where they could get affordable treatment. In 1911, with the help of wealthy society women and his wife, Helen, a prot g of philanthropist Phoebe Apperson Hearst, Brown opened the Arequipa Sanatorium in Marin County. Together, Brown and his all-female staff gave new life to hundreds of working-class women suffering from tuberculosis in early-twentieth-century California. Until streptomycin was discovered in the 1940s, tubercular patients had few treatment options other than to take a rest cure at a sanatorium and endure its painful medical interventions. For the working class and minorities, especially women, the options were even fewer. Unlike most other medical facilities of the time, Arequipa treated primarily working-class women and provided the same treatment to all, including Asian American and African American women, despite the virulent racism of the time. Author Lynn Downey's own grandmother was given a terminal tuberculosis diagnosis in 1927, but after treatment at Arequipa, she lived to be 102 years old. Arequipa gave female doctors a place to practice, female nurses and social workers a place to train, and white society women a noble philanthropic mission. Although Arequipa was founded by a male doctor and later administered by his son, the sanatorium's mission was truly about the women who worked and recovered there, and it was they who kept it going. Based on sanatorium records Downey herself helped to preserve and interviews she conducted with former patients and others associated with Arequipa, Downey tells a vivid story of the sanatorium and its cure that Brown and his talented team of Progressive women made available and possible for hundreds of working-class patients.

This feature require that you enable JavaScript in your browser.
END_OF_DOCUMENT_TOKEN_TO_BE_REPLACED

This feature require that you enable JavaScript in your browser.
END_OF_DOCUMENT_TOKEN_TO_BE_REPLACED