Wealth Land and Slaveholding in Mississippi: A Planter Family's Life of Privilege, 1818-1913 (Paperback) 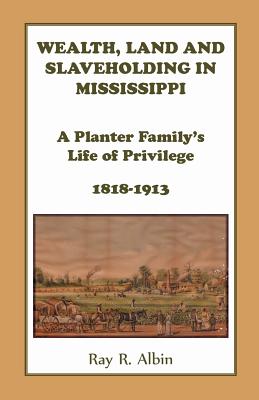 The Perkins' family story is a microcosm of stages in the development of not only Southern colonial America, but also the developed United States. With its colonial genesis rooted in indentured servitude, first as servants, then later as masters, the Perkins family rose to heights unattainable to them in a rigidly structured seventeenth and eighteenth century English society. As entrepreneurs and landed Southern colonial planters, they first acquired white servants, then Negro slaves, and eventually the affluence and privilege which rewarded their energy and determination. Separation from the social constraints of the mother country had thus allowed these later generations of Perkins men in America to progress and achieve. In America the family's success and wealth, both self-made and inherited, had increased through the decades with each generation laying the foundation on which successive generations flourished in Virginia and later in Tennessee and Mississippi. Tracing this generational story provides not just a historical glimpse into an evolving American world of entrepreneurship, affluence, and privilege, but also into the particular nature of the eighteenth and nineteenth century slaveholding American South. Indeed, the Perkins family exemplifies the caste of slaveholding Southern planter-aristocrats (heralded in the South yet often maligned in the North) whose limited numbers belied their significant contributions to the development of the agricultural South and to the texture of a maturing America. Their successes, limitations, faults, and failures became a part of the many personal and generational threads woven into the great American experience that they all shared. Illustrations, facsimile reprints of original documents, maps, a bibliography, and a full-name index add to the value of this work.

This feature require that you enable JavaScript in your browser.
END_OF_DOCUMENT_TOKEN_TO_BE_REPLACED

This feature require that you enable JavaScript in your browser.
END_OF_DOCUMENT_TOKEN_TO_BE_REPLACED