Some Pennsylvania Women During the War of the Revolution (Paperback) 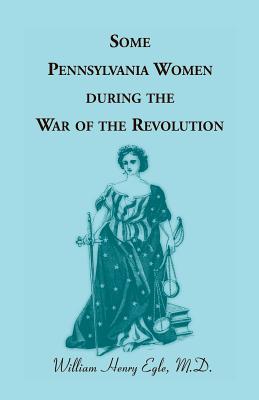 Much has been written about the men who fought for freedom during the American Revolution; however, the women behind the scenes also deserve recognition for their selfless struggle and the hardships they endured. The biographical sketches in this book give accounts of women who contributed by keeping the family farm and/or business going while the men were fighting, helping neighbors gather crops, furnishing clothing and other comfort to soldiers, and more. These sketches are brief (most are two or three pages) but provide a wealth of genealogical information for the subject and her husband which include his military contributions. "The object of the writer of these brief sketches is not only to present some facts concerning those to whom as Children of the Revolution Sires we owe so much; but to bring, in sharp contrast, the patriotism, sufferings, and self-denials, of that band of American dames, with the frivolity and disloyalty of those women of the metropolis, which made the occupation of Philadelphia by the British in the Winter of 1777-78 a round of gayety.

This feature require that you enable JavaScript in your browser.
END_OF_DOCUMENT_TOKEN_TO_BE_REPLACED

This feature require that you enable JavaScript in your browser.
END_OF_DOCUMENT_TOKEN_TO_BE_REPLACED