Dreamers: How Young Indians Are Changing the World (Paperback) 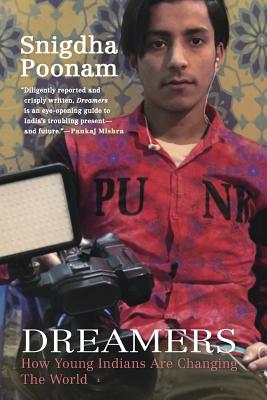 What do India's millennials want and how are they transforming one of the youngest, most populous nations in the world?

More than half of India is under the age of twenty-five, but India's millennials are nothing like their counterparts in the West. In a country that is increasingly characterized by ambition and crushing limitations, this is a generation that cannot--and will not--be defined on anything but their own terms. They are wealth-chasers, hucksters, and fame-hunters, desperate to escape their narrow prospects. They are the dreamers. Award-winning journalist Snigdha Poonam traveled through the small towns of northern India to investigate the phenomenon that is India's Generation Y. From dubious entrepreneurs to political aspirants, from starstruck strivers to masterly swindlers, these are the clickbaiters who create viral content for Facebook and the internet scammers who stalk you at home, but they are also defiant student union leaders determined to transform campus life. Poonam made her way--on carts and buses, in cars and trucks--through India's badlands to uncover a theater of toxic masculinity, a spirited brew of ambition, and a hunger for change that is bound to drive the future of the country.

This feature require that you enable JavaScript in your browser.
END_OF_DOCUMENT_TOKEN_TO_BE_REPLACED

This feature require that you enable JavaScript in your browser.
END_OF_DOCUMENT_TOKEN_TO_BE_REPLACED