Poet, Prophet, Fox: The Tale of Sinnach the Seer (Paperback) 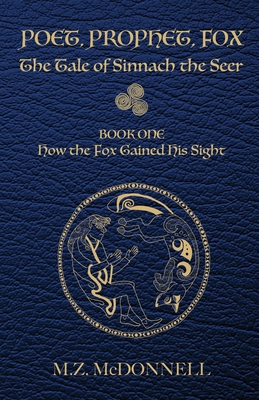 Finalist for the 2020 LAMBDA Literary Award in Transgender Fiction.

Long before history began, when Ireland was ruled by poets and tribal chieftains, the prophet Sinnach was the most powerful druid in the ancient province of Mumu. But before he was a prophet, before he was a poet, he was a just boy... a boy believed to be a girl.

Unable to suppress his true nature, Sinnach fled persecution and sought refuge in the wilderness. By his nature, his talents, and his oath to the goddess riu, Sinnach came to find his place in a world shaped by poetry, magic, and combat.

Yet the attainment of great power is not without consequence. Sinnach is inadvertently entangled in the dangerous affairs of both men and S d, the Faery Folk. His perilous travels into the Otherworld, the conflicting passions of love, and the return of an old enemy threaten to endanger his identity, peace between the tribes, and peace between the worlds.

Inspired by the great mythological epics of ancient Ireland, this is a new myth that tells very old truths about who we were, who we are, and who we might become.

This feature require that you enable JavaScript in your browser.
END_OF_DOCUMENT_TOKEN_TO_BE_REPLACED

This feature require that you enable JavaScript in your browser.
END_OF_DOCUMENT_TOKEN_TO_BE_REPLACED