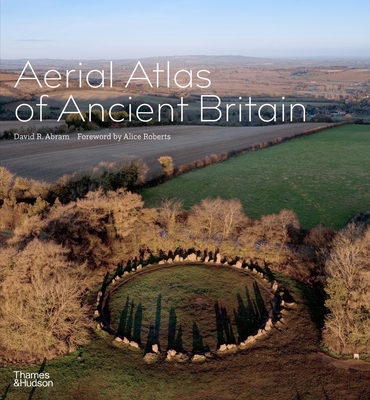 A spectacular and mesmerizing collection of aerial photographs of Britain’s most extraordinary prehistoric sites.

The eye-in-the-sky perspective unveils both the unseen forms of these ancestral monuments as well as their relationship to their wider landscapes, capturing subtle symmetries and forgotten sight lines. Many of Abram’s images have an abstract quality that momentarily disrupts one’s sense of perspective, allowing the shapes carved thousands of years ago to evoke an emotional resonance—an experience at once pleasurable and instructive. This is an inspiring way to discover the beauty and history of the British landscape, revealing the visible traces of our ancestors, from such famous monuments as Stonehenge to little-known gems that have never before been seen from the air.

David Abram is a writer and photographer. He has traveled the length and breadth of the British Isles, capturing views and researching his findings. He lives in the southwest of England, near some of the oldest sites of human habitation in the British Isles.

Alice Roberts is an academic, author, and broadcaster. She is a professor of public engagement with science at the University of Birmingham, and has presented many television programs, including the BBC’s Digging for Britain.

Stunning photographs of Great Britain’s ancient sites, from Stonehenge to Cadbury Castle... The aerial images often reveal topographical secrets [and] might read like paintings... Abram shot many of the pictures during the pandemic, when Britain’s empty highways, pastures, and cliffsides were at their most majestic.
— Air Mail

This feature require that you enable JavaScript in your browser.
END_OF_DOCUMENT_TOKEN_TO_BE_REPLACED

This feature require that you enable JavaScript in your browser.
END_OF_DOCUMENT_TOKEN_TO_BE_REPLACED