Short Films 101: How to Make a Short for Under $50K-and Launch Your Filmmaking Career (Paperback) 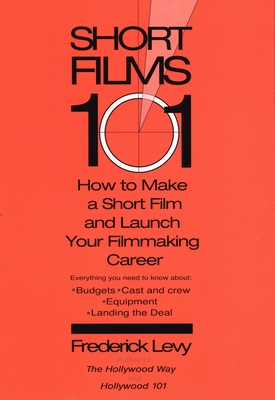 Where does a young filmmaker begin? With the right short-film concept and this book!

The right short can be a filmmaker's "business card" in Hollywood. Here's the authoritative handbook by one of Hollywood's most connected insiders that offers a step-by-step guide through the entire creative process of shooting a short film, as well as expert advice from established filmmakers, and a final game plan for promoting and selling the film once it's in the can.Topics covered include:

Frederick Levy is the owner of Management 101, a firm that guides the careers of actors, authors, screenwriters, and directors. He also develops and produces film and television, most recently producing Frailty, starring Bill Paxton and Matthew McConaughey, for Lions Gate Films. Before founding Management 101, Levy was the vice president of development and production at Marty Katz Productions, whose films include The Four Feathers, Impostor, Reindeer Games, Titanic, Mr. Wrong, and Man of the House.

Levy is also the author of four books about the entertainment industry: Short Films 101: How to Make a Short and Launch Your Filmmaking Career (Perigee, 2004); The Hollywood Way (St. Martin's Press, 2002); two-time Los Angeles Times bestseller Hollywood 101: The Film Industry (Renaissance, 2000); and The Ultimate Boy Band Book (Pocket Books, 2000). Currently, Levy teaches film classes at UCLA Extension, the USC School of Cinema-Television, and the Los Angeles branch of Boston University. He is a sought-after speaker who has lectured at Harvard, Yale, NYU, USC, Rutgers, Boston University, and numerous writing seminars throughout the country. He has also been a featured guest on many TV stations and talk shows, including CNN, Fox News, MTV, VH-1, CBS News, Entertainment Tonight, The G. Gordon Liddy Show, and National Enquirer TV.

This feature require that you enable JavaScript in your browser.
END_OF_DOCUMENT_TOKEN_TO_BE_REPLACED

This feature require that you enable JavaScript in your browser.
END_OF_DOCUMENT_TOKEN_TO_BE_REPLACED