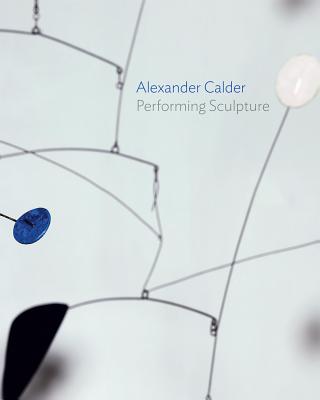 Alexander Calder (1898-1976) is one of modernism’s most captivating and influential figures. First trained as a mechanical engineer, Calder relocated from New York to Paris in the mid-twenties where his acceptance into the city’s burgeoning avant-garde circles coincided with the development of his characteristic form of kinetic sculpture. His early work Cirque Calder, which was presented throughout Paris to great acclaim, prefigures the performance and theatrical aspects that dominate Calder’s pioneering artistic works and are situated as a primary subject of intrigue in this publication.

Rather than simply refashion sculpture’s traditional forms, Calder envisioned entirely new possibilities for the medium and transformed its static nature into something dynamic and responsive. Alexander Calder: Performing Sculpture provides detailed insight into that pioneering process through reproductions of personal drawings and notes. Also featured is new research from a wide range of renowned scholars, furthering our understanding of the remarkable depth of Calder’s beloved mobile sculptures and entrenching his status as an icon of modernism.

Achim Borchardt-Hume is director of exhibitions at Tate Modern.

This feature require that you enable JavaScript in your browser.
END_OF_DOCUMENT_TOKEN_TO_BE_REPLACED

This feature require that you enable JavaScript in your browser.
END_OF_DOCUMENT_TOKEN_TO_BE_REPLACED