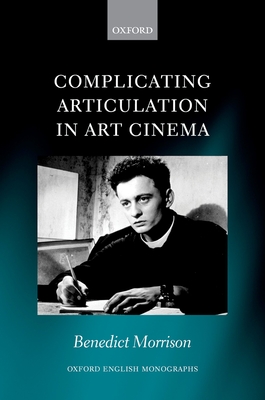 Complicating Articulation in Art Cinema argues that art cinema draws attention to its disjointed, multi-parted form, but that criticism has too frequently sought to explain this complexity away by stitching the parts together in totalizing readings. This stitching together has often relied on
the assumption that the solution to art cinema's puzzles lies in interpreting each film as the expression of a focalizing character's internal disturbance. This book challenges this assumption. It argues that the attempt to explain formal complexity through this character-centric approach reduces
formal achievements and enigmatic characters to inadequate approximations of one another. Reference to character cannot fully tame unschematic and unpredictable combinations of - and collisions between - contradictory levels of narration, clashing styles, discontinuously edited shots, jarring
allusions, dislocated genre signifiers, and intermedial elements. Through close analyses of films by Roberto Rossellini, Robert Bresson, Luis Bu uel, Terence Davies, Peter Greenaway, and Kelly Reichardt, Complicating Articulation in Art Cinema offers an ethics of criticism that suggests that the
politics of art cinema's eccentric form are limited by character-centred readings. Each of the featured films presents inarticulate characters, whose emotional and intellectual lives are unknowable, further complicating the relationship between character and form. This book argues that, by
acknowledging this resistance to interpretation, critics can think in new ways about art cinema's interrogation of the possibilities of knowledge.

This feature require that you enable JavaScript in your browser.
END_OF_DOCUMENT_TOKEN_TO_BE_REPLACED

This feature require that you enable JavaScript in your browser.
END_OF_DOCUMENT_TOKEN_TO_BE_REPLACED