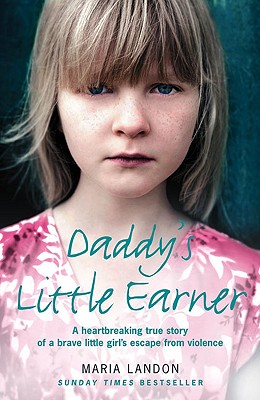 The shocking story of a young girl forced into prostitution by her own father, and her painful journey to escape her horrific childhood and build a new life for herself and her sons.

Maria's dad was a pimp, living in a world of thieves and street-walkers. Her mother, tiring of turning tricks for her husband, walked out, leaving the children in his chaotic, violent and sometimes cruel care. By the age of nine, Maria's father was abusing her and getting a prostitute friend to dress her up in stockings and make-up. By the time she was fourteen he was selling her on the streets of the red light district in Norwich.

Despite everything Maria still loved her swaggering and sometimes charming father and found it hard to sort out her own feelings. At fifteen she ran away to King's Cross with an older lover who turned out to be just another pimp. Furious at losing a nice little earner her father involved the police and both he and the other man were jailed for living off Maria's immoral earnings. Only then could Maria escape her traumatic childhood and follow her dream of becoming a mother.

Maria Landon was a teenage prostitute with a drink and drugs habit when she became pregnant with her first child. The arrival of the baby changed everything and, having been through counselling to help deal with her past, she then began to teach personal development. Her aim is to help people who have been taught as children to think that they are worthless, a technique her father used to keep her in his power. She is now the mother of two sons in their twenties.

This feature require that you enable JavaScript in your browser.
END_OF_DOCUMENT_TOKEN_TO_BE_REPLACED

This feature require that you enable JavaScript in your browser.
END_OF_DOCUMENT_TOKEN_TO_BE_REPLACED